Some time ago I got yet another developer board from Linaro — this time it was i.mx53 Quickstart also known as mx53 LOCO. At that time I only found time to power it on and check does it work at all.

Yesterday I booted it with Ubuntu desktop image from Linaro but without connecting to display (I have HDMI addon so can use VGA and HDMI outputs). Lot of lights (voltage controls mostly) appeared on board — funny thing is that to power some of them all you need is VGA or HDMI cable connected.

Today I went shopping… Board comes with power supply (did not used), USB cable and 8GB microSD card. Last item is important as mx53loco boots from it by default — I do not know does it checks SD card too. What I lacked was Serial ATA -> E-SATA cable for my external hard drive. Yes… SATA->ESATA as board has standard connector for connecting drives directly but as it lacks SATA power connector (about which I wrote already) I had to use external case. Good thing is that local electronics shop had those cables available. Disk speed is quite nice: 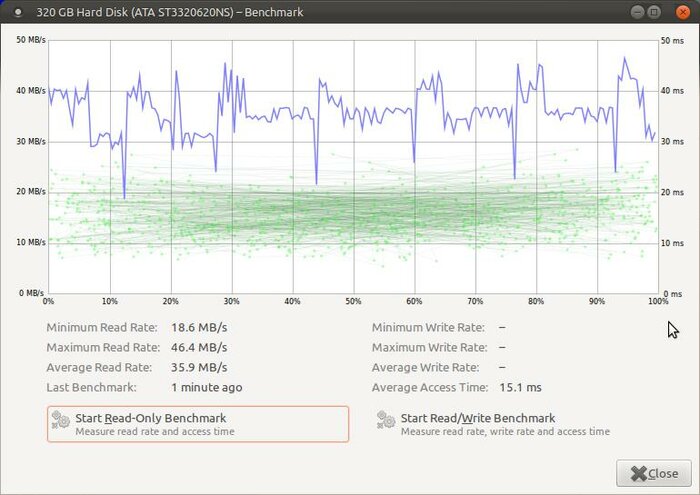 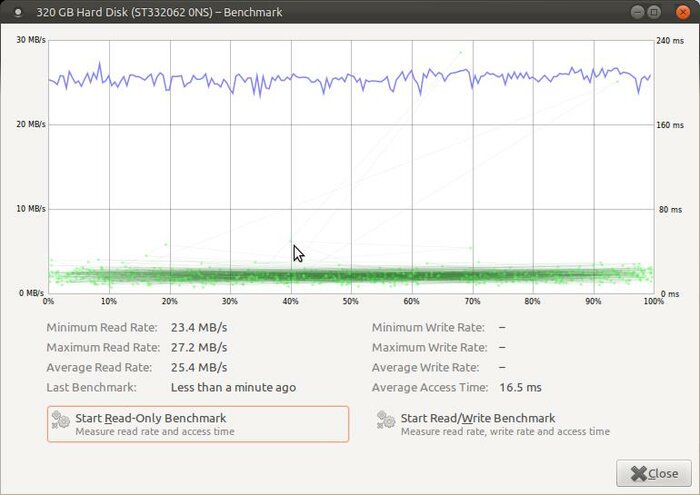 Compare it with SD card: 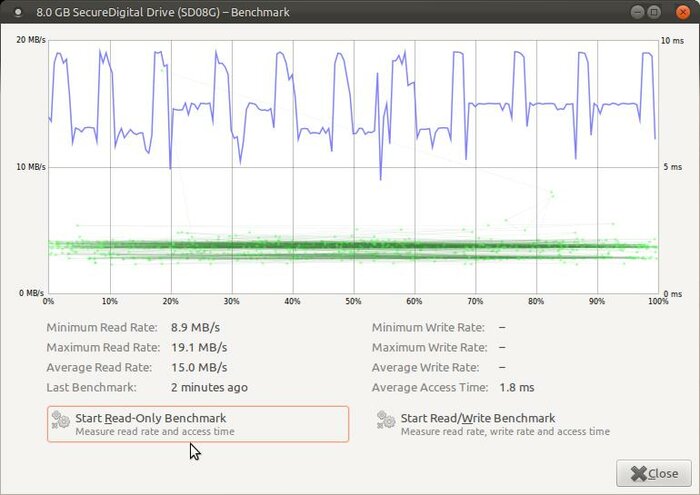 Which interface you prefer for storage? :) I hope that new Efika MX53 from Genesi will have some good Serial ATA storage inside.

But then I got hit by other issue… Mounting of board started to be a problem. I hope that next version of board will be bigger. This one is too packed — and HDMI addon makes it even worse at it adds 5th edge to square board. In past I wrote a post about perfect developer board and some points apply here. What I do not like:

Is there something I like? Of course — I do not want to only complain ;) This is the only cheap developer board from Linaro supported ones with native Serial ATA interface (iirc Samsung cpu could have it but Origenboard does not have connector). Two SD interfaces allow to prototype devices which require extra expansions in case of Beagleboard or Pandaboard. And this is smallest devboard I ever used (cause I never played with Gumstix — but even they usually run in some carrier boards). And compare to Texas Instruments boards it comes with cables and power supply. I plan to make small distcc/icecream farm from my ARM boards and this one will be for use one of nodes.