During previous year I visited some computer related museums. Not every I planned to but still there were a few of them.

In February, during Devconf.cz conference, I visited their small “IT Museum” where several machines used in Czechoslovakia were presented.

There were mainframe setups, several storage units and operating memories from different decades.

80s (and 90s) called with several ZX Spectrum clones, PMD-85 with it’s clones and some other microcomputers from this side of Iron Curtain.

It was nice place to visit even just to see all those computers made in Czechoslovakia.

In April I came to Warsaw for OpenSource day conference. And visited Technical Museum there to see some Polish computers of mainframe era.

There were many interesting machines. One of them was AKAT-1, the first transistor-based differential equation analyzer:

Other was K-202 — first Polish 16bit computer. Never became popular due to being shutdown by goverment.

There were also few Odra systems:

May came. I went to UK to visit Bletchley Park. Awesome place to visit. And right next to it is The National Museum Of Computing (TNMOC in short).

Inside there is history. I mean HISTORY.

By mistake I entered museum through wrong door and started from oldest exhibition. It was showing the story of breaking Lorentz code used by Germany during second world war. And hardware designed for it. Contrary to Enigma there was no Lorentz machines in Allies possession.

Next to it was room with working replica of first computer: Colossus.

And here you can see it running: 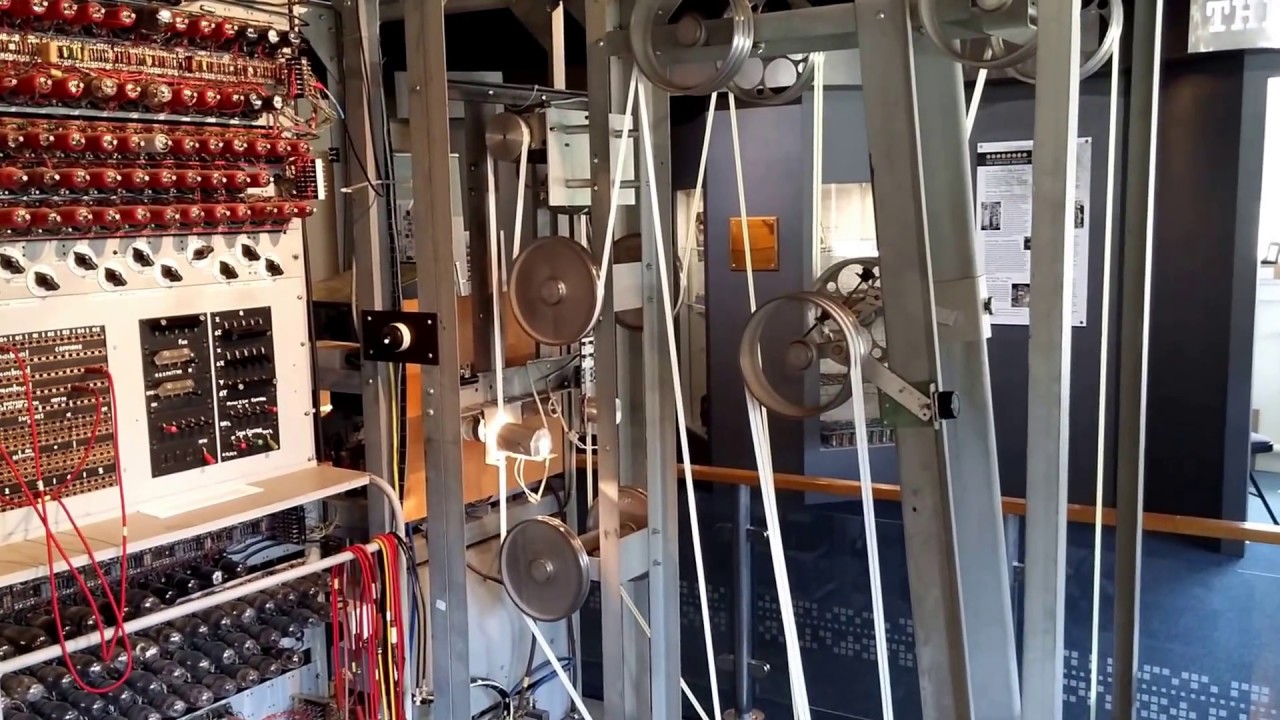 There were several other computers of course. I saw ICL 2900 system, several Elliotts and PDP systems, some IBM machines and others from 50-70s.

One of them was Harwell Dekatron Computer (also known as WITCH). It is oldest working computer:

Then there was wide selection of microcomputers from 80s and 90s. Several British ones and others from anywhere else. There was a shelf with Tube extensions for BBC Micro but it lacked ARM1 one:

For full resolution photos check my The National Museum Of Computing album.

The Centre for Computing History, Cambridge

This museum was on my list for far too long. When I was in Cambridge few years ago it was closed. Next time I did not managed to find time to go there. Finally, during last Linaro sprint, we agreed that we have to go there and we went during lunch break.

For me the main reason of going there was my wish to see ARM1 cpu. It was available only as Tube (extension board for BBC Micro) and only for some selected companies which makes it quite rare.

The first thing I saw after entering museum was “Macroprocesor”. Imagine CPU in size of 70s mainframe with LED on each line, register bit etc.

Next room was arranged in a form of British classroom. Set of BBC Micro computers arranged with monitors, manuals, programs.

And then I went to look around. There were many different computers shown. Some behind glass, some turned on with possibility to play with them (or on them). It was opportunity to see how design was changing through all those years.

There were also several Acorn machines — both ARM and 6502 powered ones.

As most of computer museums that one also has some exclusive content. This time it was NeXT workstation which was used as first web server by Tim Berners-Lee:

And Apple Macintosh SE 30 owned by Douglas Adams, author of “Hitchhiker Guide to the Galaxy”. Note a towel on top of computer:

Other interesting thing was comparison of storage density through all those years. Note 5MB hard drive being loaded into plane in top right corner.

And again — for more pictures and higher resolution visit my The Centre for Computing History album.

In 2017 I would like to visit Computer History Museum in Mountain View and museum in Paderborn. Maybe something more ;)