After 4 weeks from ordering Nokia N900 device arrived at my place. Now I have one week to check is everything working and if not then request RMA from Nokia.

First feelings? Heavy and bulky. It is bigger then each of phones which I owned and feels bigger then N810 tablet (due to thickness). 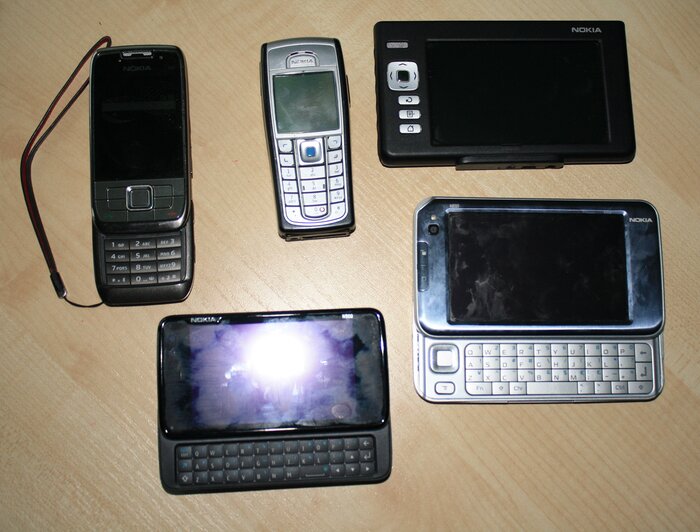 OMAP3 processor which is in N900 has lot of power and it is nicely used — transitions are nice, normal DivX movies plays without problems. No lag noticed so far.

But how about software? This is other thing ;( Some things are just like they were in Maemo — more or less broken by design, some are missing, some things which were in previous releases are missing etc. For example application manager still does not allow to install more then one application at once and still does not scroll on keypress or limit entries on typing (which Contacts do).

Contacts application integrates also Instant Messaging. It looks like someone read my previous post about defining good contacts application — you have people and can add Jabber/Skype/ICQ/MSN/SIP/etc protocols to each of them. Looks really nice. But lacks any way to automatize merging of entries from different accounts so it took me a while to get most of them merged ;( 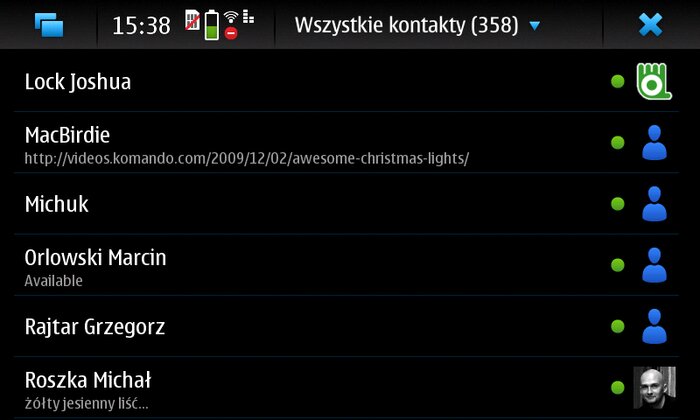 Email application is a disaster. It looks like it does not cache any data so going into my inbox (with just 550 mails) require half minute to get it refreshed — Profimail on my E66 phone handle it much much better. And I still did not found a way to go into inbox->mailinglists->development->oe folder which currently has ~14000 (yes, fourteen thousands) emails. According to talk on #maemo channel Maemo5 email client do not have an option to subscribe IMAP folders yet. 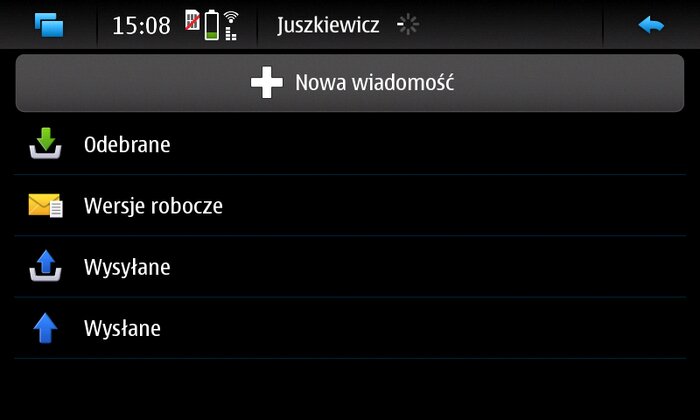 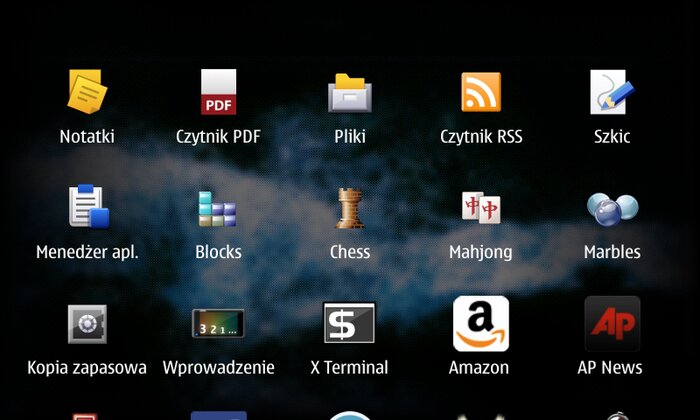 Good thing is that PIM data got fetched from my Nokia E66 without any problems — I just had to pair them and everything got synced. Bad thing is that so far there is no way to sync with SyncML servers like ScheduleWorld ;(

I hope that some of problems will disappear after some use and/or in next software releases.

And one more thing — this is first Maemo device which has Polish language support out-of-box!