Last week there was Ubuntu platform sprint in Dublin, Ireland. I was there as one of invited Linaro guys (we got own room). What for we went there?

Work. Simple word but so much content in it. Sprints like this one allow to cooperate with other developers and this time I spent some time with Ubuntu ARM, Foundations and Kernel teams. But most of time I spent with Linaro guys as we had release of 11.06 to do.

My part was building cross toolchains for Ubuntu — including few already released ones. So I pushed several updates to ‘oneiric’, ‘natty’, ‘maverick’ and ‘lucid’ versions:

If you are running 11.10 ‘oneiric’ then all you need is just apt-get install g++-arm-linux-gnueabi and will get cross compiler. For “armhf” compatible one apt-get install g++-arm-linux-gnueabihf needs to be used. For those which run older releases there is Linaro toolchain backport PPA where packages are available for “amd64” and “i386” architectures.

Other part of my work was related with Star rating system which we plan to use to show status of boards supported by Linaro. I did some tests with PandaBoard connected to two monitors at same time and reported several bugs. Situation is nice but many things still need work.

At one moment I was creating “lucid” chroot on my “oneiric” system to be able to compile toolchain. And then I got a problem which ended in bug 802985 which needs fixing in all supported releases… Also debootstrap needs to be expanded to handle multiple suites at one time — otherwise there will be no way to populate chroots with older releases on any machine running 3.x kernels.

But work is not the only thing which we spent time on. Evenings were usually in pubs or similar places.

On Monday I went to hotel bar, grabbed a beer and started discussing with some random people. At one moment (when we were talking about OpenZaurus) one of them asked who I am and then went and bought me beer — he was Zaurus user whom I helped in past ;) So never know who you can meet…

As I have few friends in Dublin area I contacted them and on Wednesday evening I went with one of them to Club Chonradh na Gaeilge Irish pub where speaking English is nearly forbidden (but we were using Polish so no problems :). There was one bard singing Irish songs. Nice place, nice event. 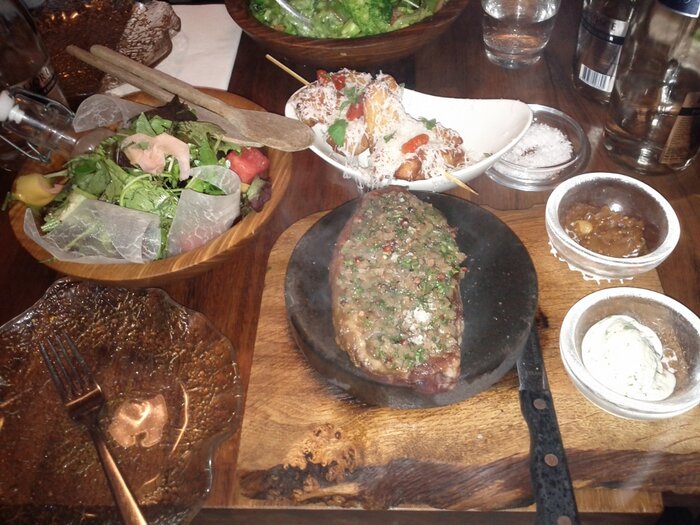 Friday was a day when many of us started packing and some even left earlier to catch flights. As Wookey asked me week before sprint to take my N900 with me we made a deal and I got some Euros and he got phone with all accessories. So guys — now really no more Maemo support from me (not that I did anything in this area since move to Nexus S).

On Friday also other part of visit started for me — my wife Ania arrived and we went to our family to spend nice weekend in Ireland.

We drove to Howth, spent some time looking at area from highest(?) mountain:

Then beach in Portmarnock where my wife started collecting sea shells… Quickly we got lot of them but I managed to put them in luggage somehow ;)

Evening was funny as we had to meet with one of my old friends. The “problem” was that we never met in real life yet and I forgot how does he looks. When I told that to wife and rest of group they were really surprised that such thing can happen ;D But we found each other and went to the Church Bar which is made from old St. Mary’s Church of Ireland which is one of the earliest examples of a galleried church in Dublin. Built at the beginning of the 18th century and renovated in 21st century. Nice place to visit in Dublin.

On Sunday we went into Wiclow county. Upper Lake at Glendalough then Glenmacnass Waterfall and few stops during trip to watch landscapes:

Monday was different — we went to Dublin for normal sight-seeing. You know: buildings, churches, castle…

Then packed bags and went to airport. The good part of Aer Lingus is that there were no problems with checking-in two bags on my ticket (but queue to just drop bags was insanely long). 2h flight, then another 2h in a bus and we finally arrived home. This part of conferences trip I like most — arrival at destination (as in Europe trips can take even 9h for me).