Another May, another Ubuntu Developers Summit. This time I am in Oakland, California, USA (even if my tweets shows Dallas, Texas as geolocation).

As usual with US trips this one took insane amount of time. But I was 3cm from not going here… Why? Because I got stuck in toilet at home. Hopefully with help from neighbour I was able to bash door out and get to the bus stop on time.

Then standard set of bus, plane, plane, train and finally arrived in hotel. As my room was not yet ready I got 30$ coupon to bar to not waste time on waiting. Free meal/beer ;)

My room is at 17th floor (which means 15th) and has a nice view in the evening: 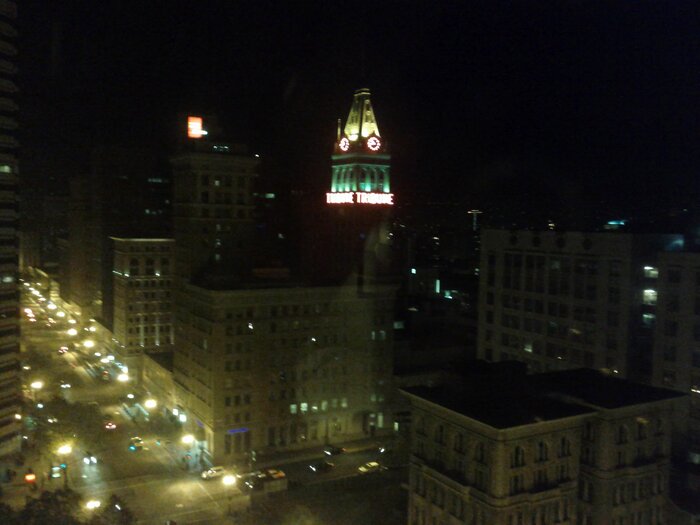 On Sunday I went to see San Francisco centre (I saw Golden Gate on earlier visit). Chinatown was interesting experience. Lot of people speaking language which I do not understand, shops full of food which I do not recognize. 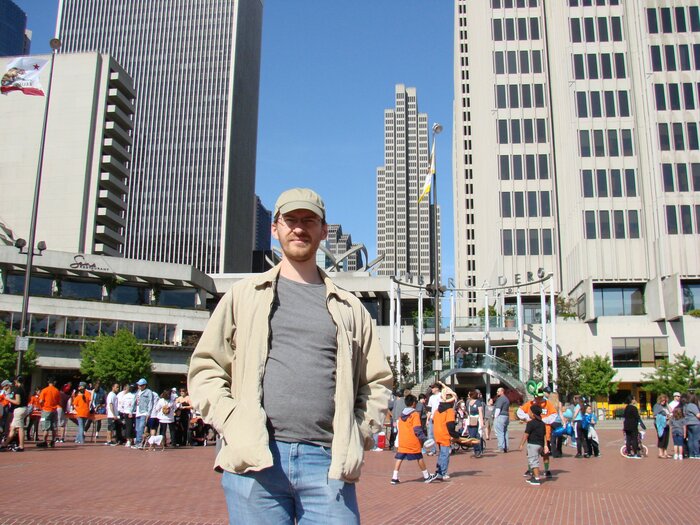 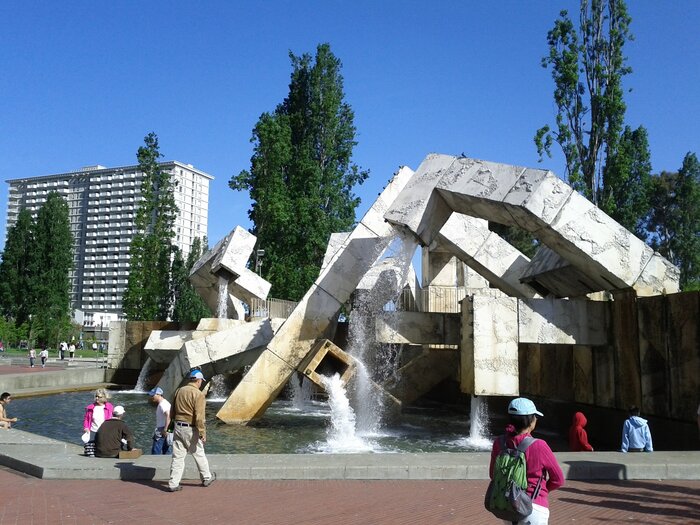 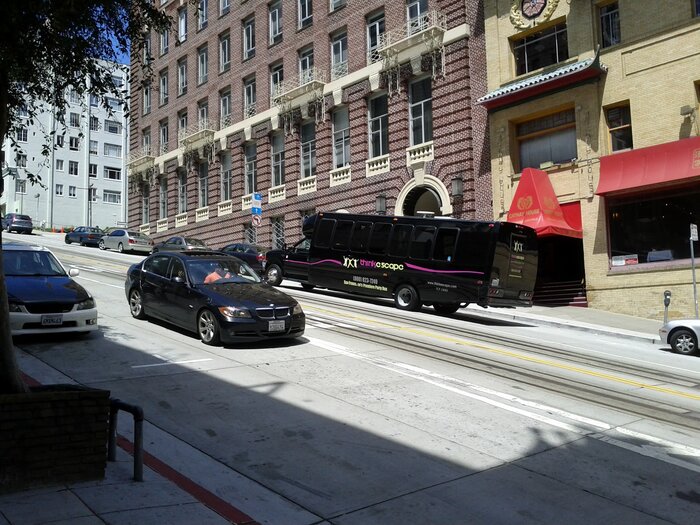 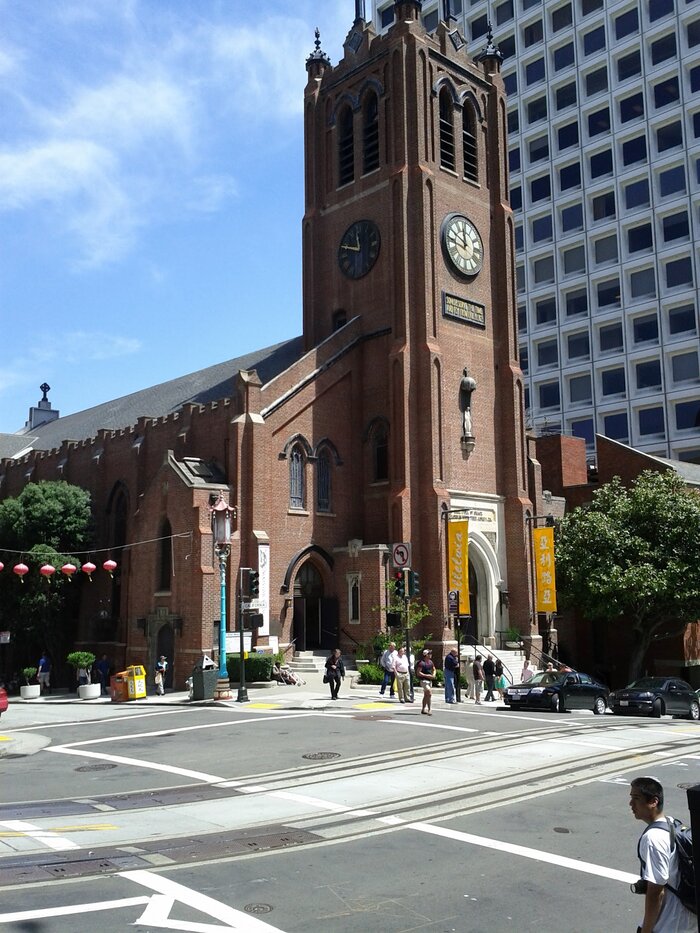 After getting some souvenirs and refilling of my US T-Mobile sim card I decided to go to the cinema for ‘The Avengers’ movie. It was nice experience. Touchscreen operated ticket machines which allow to buy ticket in one minute (but people were standing in long queue to buy tickets in ‘normal way’) made it even better. As in Poland there was big amount of commercials before movie (including some in style “our Army/Navy is great, why not join us”) but what I liked was just-before-movie animation reminding about not talking/texting/tweeting during movie (made with characters from “Madagaskar” series). Have to admit that RealD 3D glasses were more comfortable than Dolby 3D ones used by Polish cinemas. Movie itself was great but I think that will have to see it in Poland due to my English ;D

During evening there was usual Canonical internal plenary and then dinner. I even managed to sleep 6 hours despite jet lag ;D

Monday started with interesting keynote and presentation of Calxeda ARM server using technology they were talking about at previous UDS. 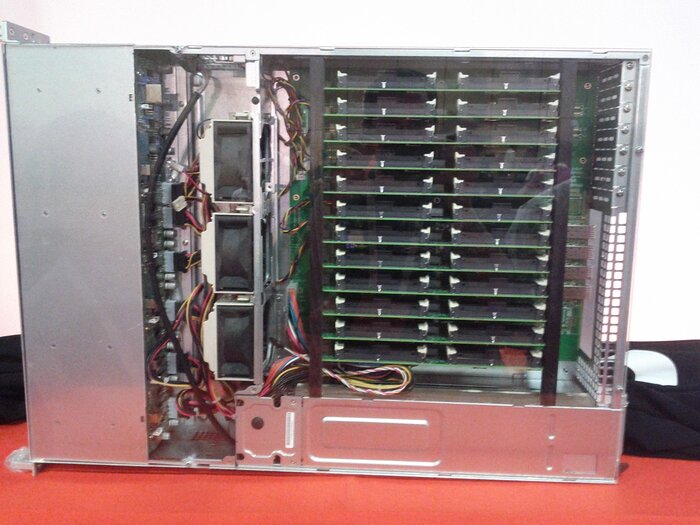 It is 2U case with 24 Serial-ATA discs and 12 nodes with 4 quad-core EnergyCore processors per node. The only cables inside are power ones as rest of connections is on pcb. Connection with world by four Ethernet connectors.

I went to “Create filesystems for embedded devices” session where we discussed how to make Ubuntu Core even smaller. People mentioned OpenEmbedded, OpenWRT, buildroot as usual, we got some strange use cases too. What will come from it? Time will show.

Plenaries were interesting. First Chris Kenyon told about cooperation with OEMs and ODMs and how it relates with Ubuntu. Laptop in a pizza box picture was nice — reminded developer boards. Then Bdale Garbee from HP shown us that there is no way to go though life without being served by HP technologies or hardware. Both talks were great and I hope that rest of plenaries will be like that.

After plenaries I went to San Francisco to register at Tizen conference and to meet some friends from Maemo times. Technical showcase and partner demos were boring and it was hard to feel that it is something innovative. But who knows… maybe Tizen will be yet another phone/tablet/ivi/etc OS even when Moblin, Maemo, MeeGo did not succeed.

During evening (back at UDS) there was ‘Meet & greet” social event. Our Linaro group (Amber, Ricardo, Paul, me) was showing member boards and replying to misc questions from audience.

What next? Sessions, social events, discussions about my patches with other developers, some sight-seeing.