We are using OpenEmbedded to build software for AArch64 (64-bit ARMv8 architecture). There are some components which do not build and we fix them when time allows.

So today I looked at stats of my nightly build of “bitbake world -k” and notices 46-49 build failures. Went thought list, removed those which are already reported for porting, tried to build failed ones to find out how much work we need to get it fixed. And one of them was “xserver-xorg”…

I took a chance and got it built by patching few source files. Few minutes later I got it booted in commercial ARMv8 fast model (foundations one lacks graphics emulation): 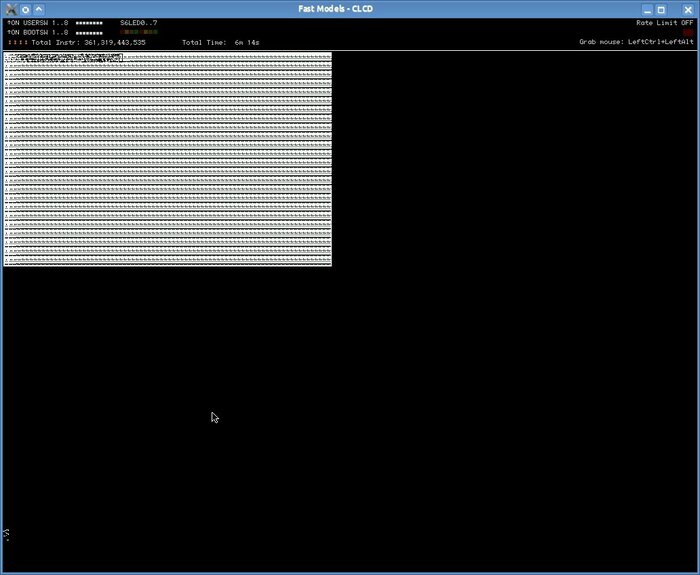 As you see Xterm window in unreadable. So I changed byte order, rebuilt and booted image with new Xserver: 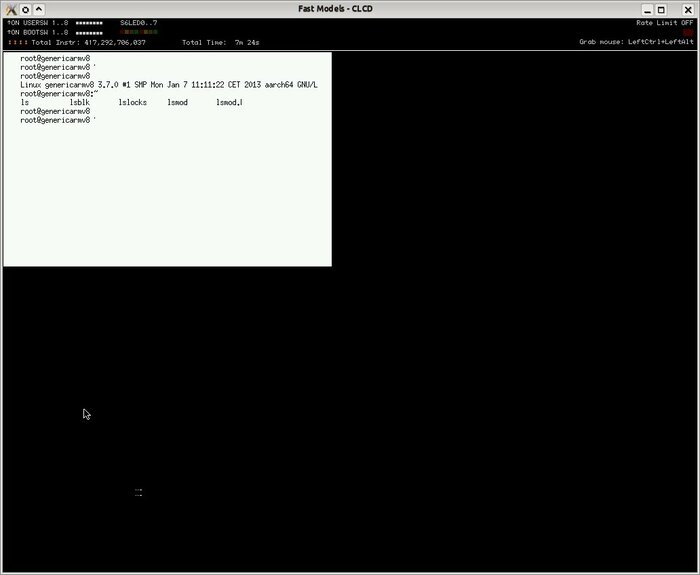 I do not plan to test X11 environments in fast model — it takes too much CPU time. But it is nice to see native 64-bit X11 running ;)