Second day in a row I managed to get 8 hours of sleep like I was not able at Linaro Connect Asia 2013. There was no time for sleeping as so many things had happened.

This time I decided to go to Hong Kong on Friday to have whole Sunday for shopping or sight seeing etc. Also to make things different I went though Helsinki (was Istanbul in 2012). It was interesting experience to hear English language with Finnish accent. There were moments when during in-flight announcements I was not able to recognize when they ended Finnish part and started English one ;D

HEL was cold but only outside so once I got to terminal it was fine. Rushed though, passed biometric passport gate and got a seat with electricity to charge my Chromebook and phone. Flight was “fine” as usual but as it was during night I tried to catch some sleep.

Finnair’s crew had some problems getting in-flight entertainment system working so we could watch how Linux booted on those NSC Geode GX2 based devices. Due to copyright note in bootloader (redboot) I assumed that it is not older than 9 years. Very slow boot anyway with lot of text printed. They should show some splash + potential progress bar instead. But finally it started working. Provided in-ear headphones are much better than ones on Lufthansa flights.

Landed, got prepaid sim from “3” network, met Andrea Gallo and we went to hotel. I had plans to go to the city center but was too tired for it. I also lacked HKD due to other layout of keypad in ATM :D

On Sunday we grouped and went to Shim Shui Po to do some electronics related shopping. Prices in Hong Kong are similar/worse than in Europe so I bought only few things which I had problems finding in low price at home: mini-ITX case (16€), Nexus 4 back cover (6.5€), case for Samsung Chromebook (7.5€) and some cables. There are still no USB 3.0 cables in wide selection ;( I also bought crappy dual sim phone for 10€ as I needed one to get my Polish sim on network.

I also did some shopping on Tuesday — this time on Ladies’ Market. It is one long street with lot of sellers with clothes, wallets, toys, phone covers, headphones and other gift like things of unknown quality. I left there all money I had but got gifts for everyone I wanted. Haggling there is a must as 40% of starting price is easy to get. And you do not even need to tell anything to get price lowered…

We also went to Shenzen, China for one afternoon but that’s story for separate post.

But I went there for connecting with people. And to discuss/present our work done in last cycle and to be done in next ones.

Each day started with keynote (Friday one had Linaro awards). And we got speakers from outside of Linaro:

Each talk was interesting. Jon shown Linaro developers that Big.Little switcher should be taken for community review earlier, Lars presented Xen on ARM (v7, v8), Jason told about how Facebook handles servers and where is a space for ARM ones. Greg’s talk was best — he told why he does not want our code, what kind of mistakes people do in sent patches and gave us story how one code submission can break whole set of devices due to lack of testing. I wonder how Linaro Kernel WG will handle Greg’s new requirement of having all Linaro patches signed by senior kernel developer.

This was also first conference where I was fully ARMed. I left my x86 laptop at home and took Samsung Chromebook instead. Ubuntu runs fine on it, speed is comparable but size (13.3” contra 11.6”) and weight differ. This also gave me few more occasions to talk with other developers.

I spoke with Citrix guys about Chromebook kernel changes and their Xen backport will probably be merged into “linux-chromebook 3.4” package. Also had some discussions with ARM Mali developers which resulted in removal of OpenGLES packages from Chromebook support PPA due to licence issues (I do not have redistribution permission).

We also had meeting about hacking Samsung Chromebook where ChromeOS, Debian, Linaro, OpenSUSE, Ubuntu developers had discussion about what we can expect, where we are, how to get some things fixed etc. After that Nicolas ‘Charbax’ Charbonnier from armdevices.net shot video about it: 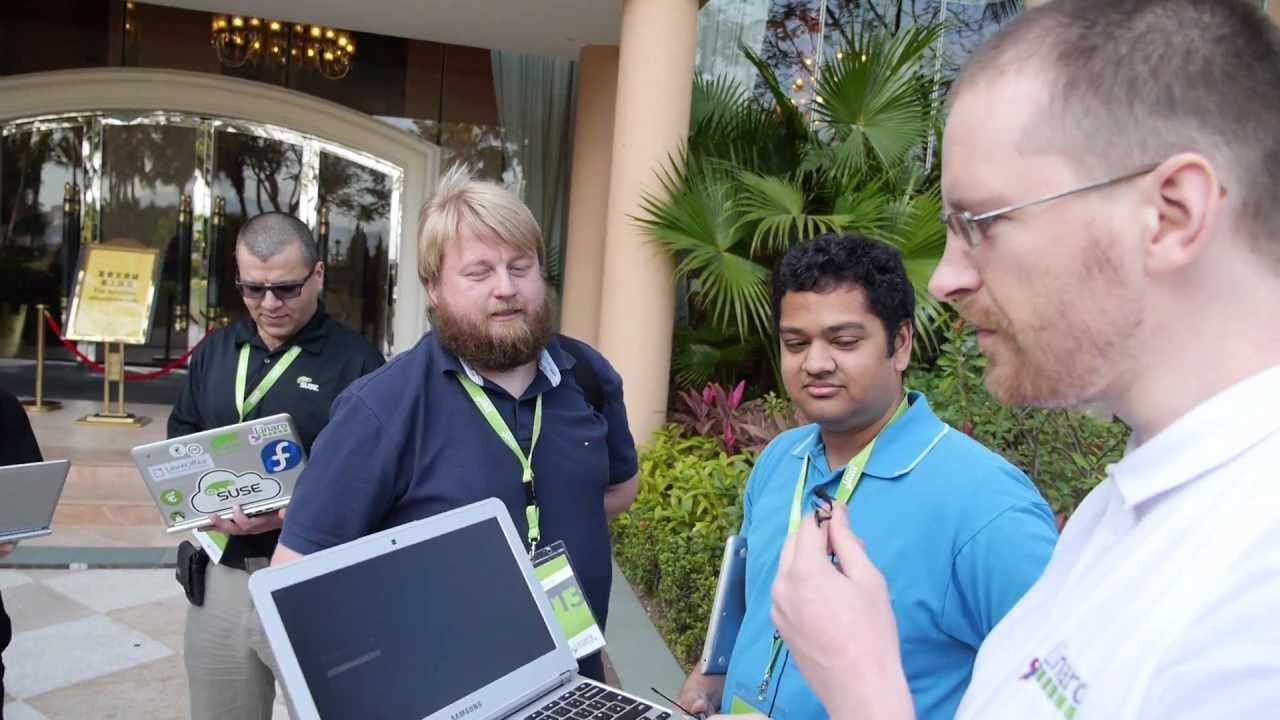 I remember that Charbax tried to make interview with me at one of earlier Linaro Connects but I always rejected that idea. This time he went for help… And I could not refuse to Zack Pfeffer :) How it went? You tell me: 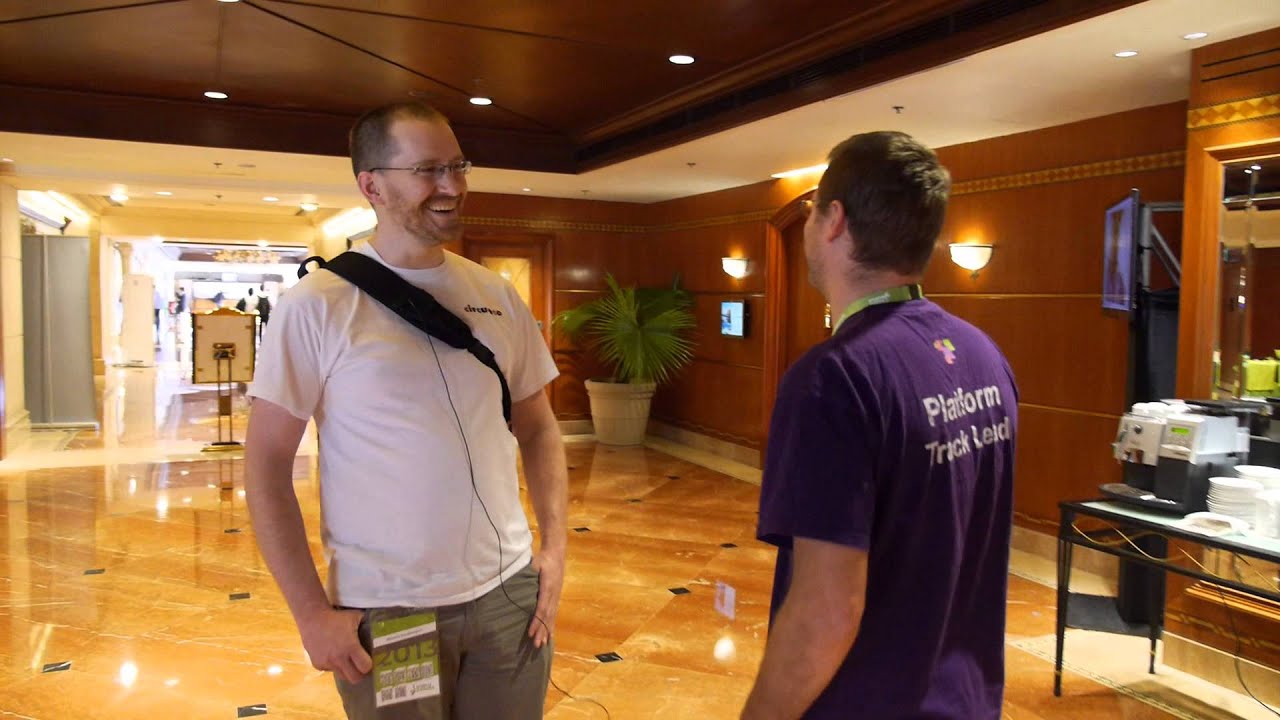 Hong Kong was great. Weather was perfect with +25°C, sun and no rain. Someone told me March is the last moment for being there :)

But then I had to leave. Problem with return flights is that they usually are around midnight. Add lack of sleep during previous nights and result is not nice mix. So we spent some time in airport lounge to charge batteries (our and devices) and then squeezed in economy class for 11 hours. Took a nap, watched movie in English with Finnish subtitles (learnt new word even) and read “Amiga, the future was here” book.

Imagine weather change when we landed in Helsinki… -13°C and snow. As I left my spring jacket in checked-in baggage (but I had sweater) those few minutes from airport -> bus -> plane were cold ones. Similar few hours later in Berlin. But I had some time for shopping. Skipped salmiakki cause it is hard to know which ones will be hardcore just enough but got some other things.

Szczecin was nice on Saturday. Cold, but spring was visible. Winter came during night:

Next Linaro Connect will be in Dublin, Ireland. See you there!