I am at Linaro Connect in Budapest, Hungary. And on Arrow’s stand I noticed something I did not expected — 96boards Enterprise Edition form factor board.

In past Linaro presented ‘Husky’ and ‘Cello’ devboards in 96boards EE form factor. None of them ever reached production. Only few prototypes existed (had some of them in hands). Both products were complete failures.

Systart Oxalis LS1020A got announced about month ago. They target routers, IoT gateways type devices with it. 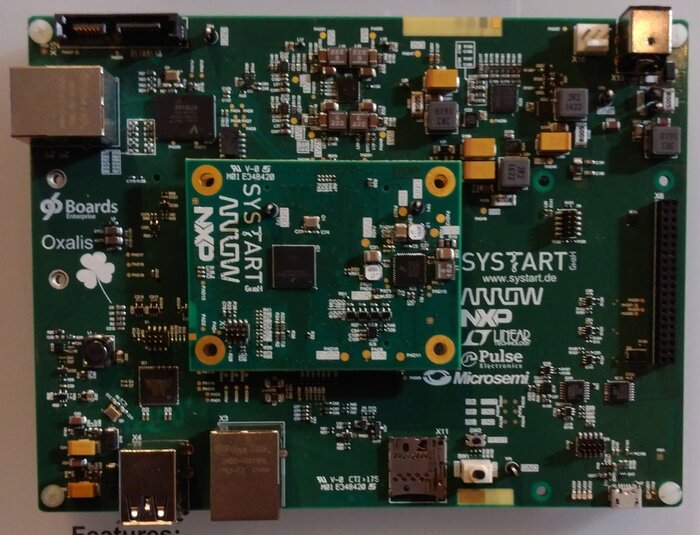 As you can see board has ports all over the edges but that’s fault of 96boards EE specification which mandate such broken designs. When I saw it first time my question was “where is PCIe slot?” but found out that (according to spec) it is optional. Board has mini-pcie slot on bottom side anyway.

Speaking of design… Oxalis is made from two parts: carrier board and SoM (System on Module). SoM is based on NXP Network Processor QorIQ® LS1012A processor (single ARM Cortex-A53 core running up to 800 MHz) with 64MB of SPI flash (space for bootloader!) and 1GB of memory. Carrier board gives two GbE network ports, two USB 3.0 connectors, standard 96boards header, one SATA port (with power!), microSD and mini-pcie slot (on bottom side). 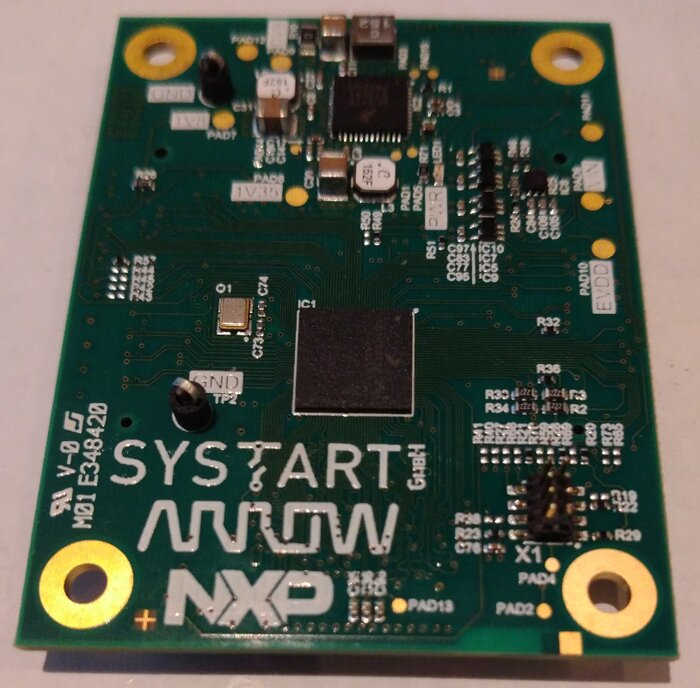 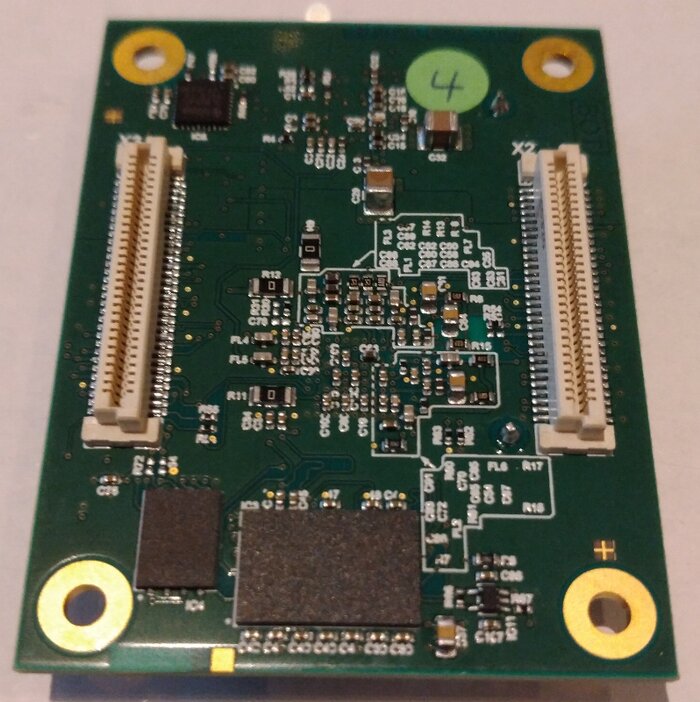 The beauty of such design is that you can replace CPU board with something different. According to Dieter Kiermaier from Arrow there are plans for other SoM board in future. 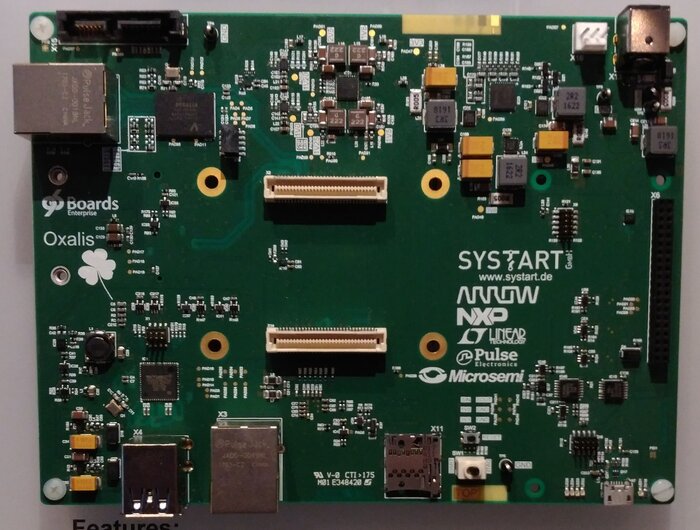 Will it be success? Time will show. Will I buy it? Rather not as for my development I need 16GB ram. Will it have case? Not asked. When on market? May/June 2017.